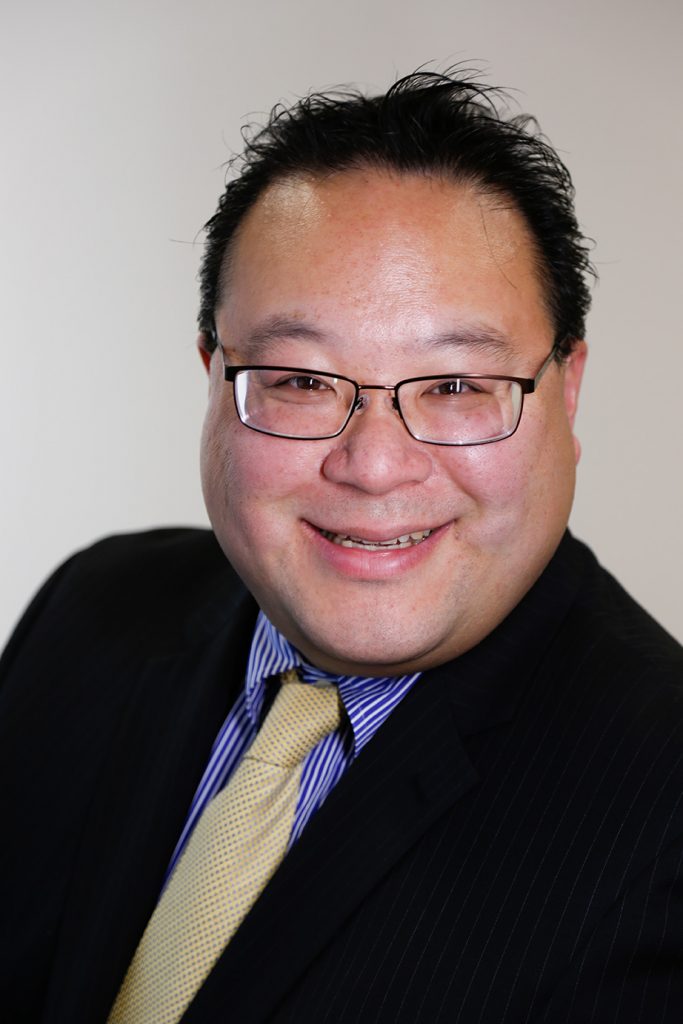 Mr. Wan was admitted to the New York State Bar in January 2001, after graduating from Brooklyn Law School for his Juris Doctor where he was a member of the Moot Court Honor Society, and from Vassar College with a double B.A. in Political Science and Theatre in 1997. This background has fostered Mr. Wan’s trial and courtroom skills; throughout his career, he has successfully tried several hundred litigation matters, as well as successfully brought and defended appeals on healthcare-related matters to the appellate courts in the State of New York. Mr. Wan is admitted to the United States District Court for the Southern and Eastern Districts, and a member of the New York State and Suffolk County Bar Associations.

Mr. Wan is a Past Chair of the Eastern Region of the Commercial Law League of America, a Past Chair of the CLLA Young Member’s Section, past member of the Board of Governors, and served as the first ever two-consecutive-term President from 2019-2021. He also serves as the President of the New York State Creditors Bar Association. Mr. Wan is a two time Past President of the Infinite Exchange Chapter of BNI, and a member of the International Association of Commercial Collectors. Mr. Wan is a published author of the New York chapter of the textbook, Judgment Enforcement published by Aspen Publishing, and is a featured columnist and on the Board of Associate Editors for Commercial Law World. He is also the attorney advisor to the Commack High School Mock Trial team, and regularly lectures on topics regarding creditor’s rights, collection law, business change management, improving business efficiency, and legal strategy.

Tim has been married since 2006, and he and wife have three children. He enjoys watching fantasy inspired movies and TV, playing fantasy sports, and fantasizing about performing onstage again. 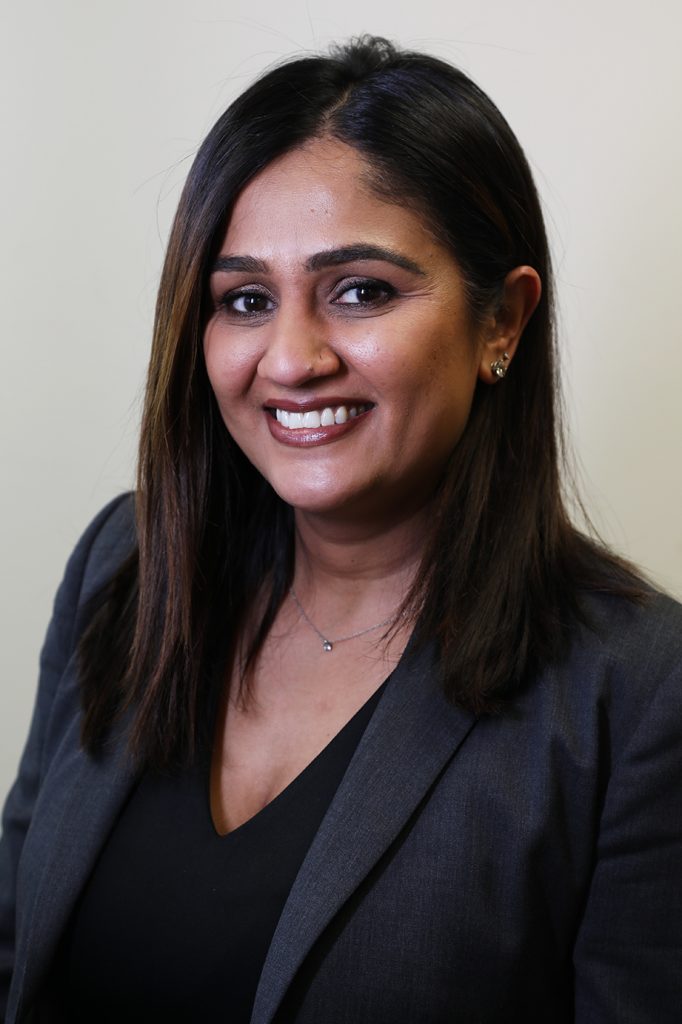 PRAGNA PARIKH, ESQ. is a Partner, and the Chief Operating Officer (COO) of Smith Carroad Wan & Parikh. Ms. Parikh’s areas of expertise include managing the day-to-day operations of the firm, acting as client relations liaison, and ensuring compliance with local governmental rules and regulations.

Ms. Parikh was admitted to the New York State Bar in December 2002, after graduating from New York Law School in 2001, and New York University in 1997 with a degree in Political Science. She joined the firm in 2003, after previously practicing exclusively in the areas of collections law and creditor’s rights.  In 2018, Ms. Parikh was made a partner.

Pragna is a fitness aficionado, enjoys spending time with her husband and two children, and collects designer handbags and expensive jewelry. 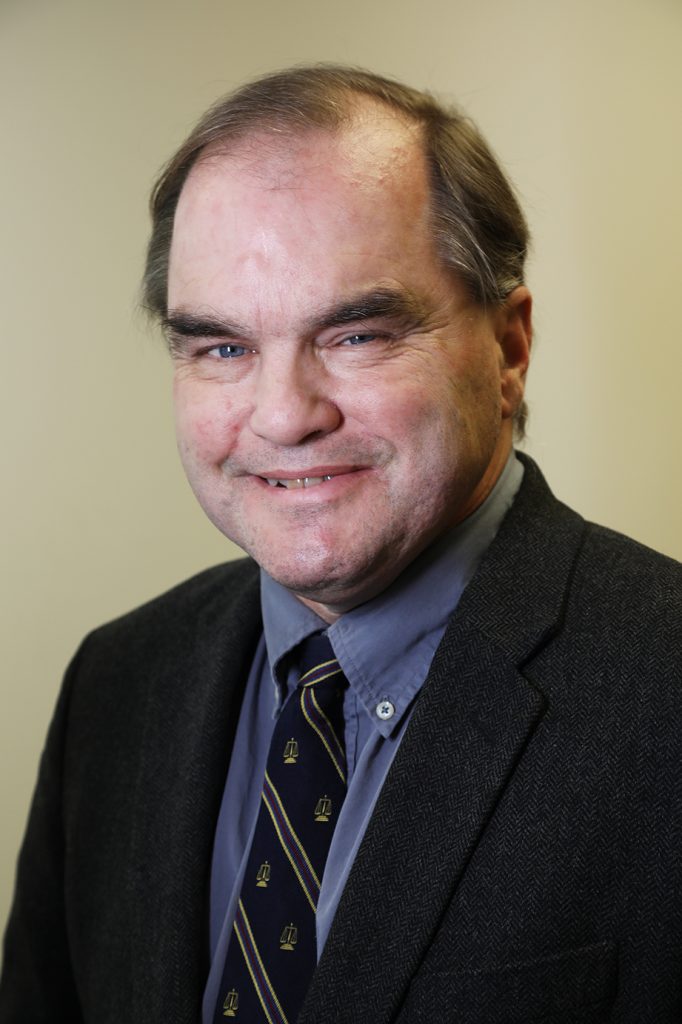 A self-professed “jack of all trades, master of none”, his legal experience includes jury trial experience, active litigation in debt collection, as well as experience in real estate, wills and estates, matrimonial, personal injury, and criminal law matters.

In his time away from law, Kevin enjoys travel, attending sporting and theater events, and almost always shows up early for everything. 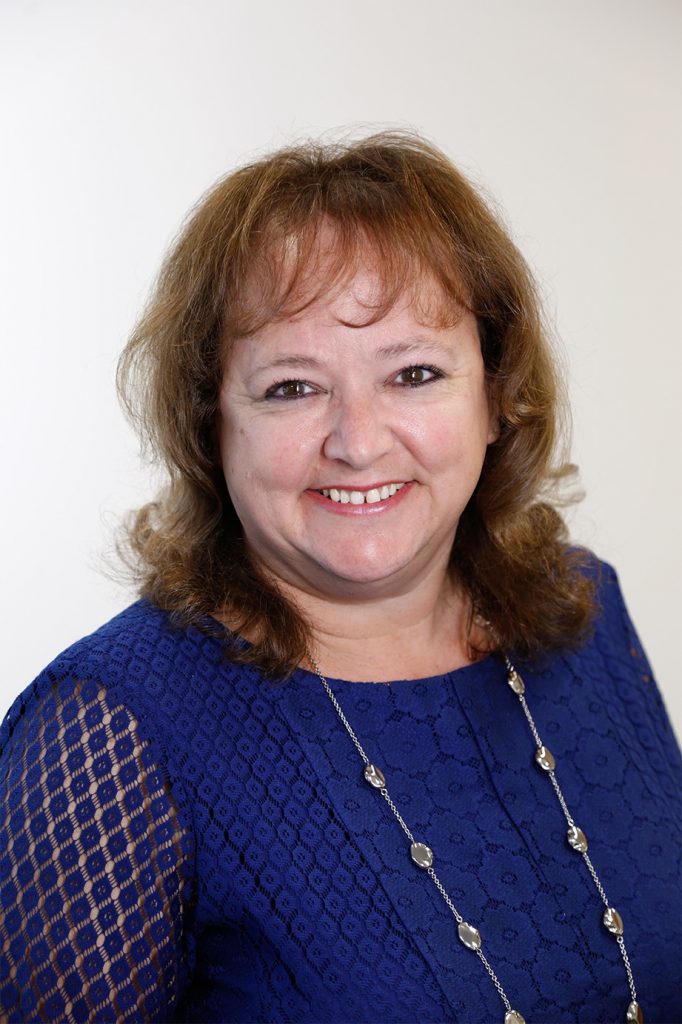 BARBARA HESSE is the Director of Operations for Smith Carroad Wan & Parikh. Ms. Hesse’s duties include general management of the clerical staff, new placement deployment, remittance implementation, and database and software programming and maintenance. Ms. Hesse has been employed by our firm since 1986, where she began as a data entry clerk.

Barbara enjoys spending time with her granddaughter, and her chocolate Labrador. 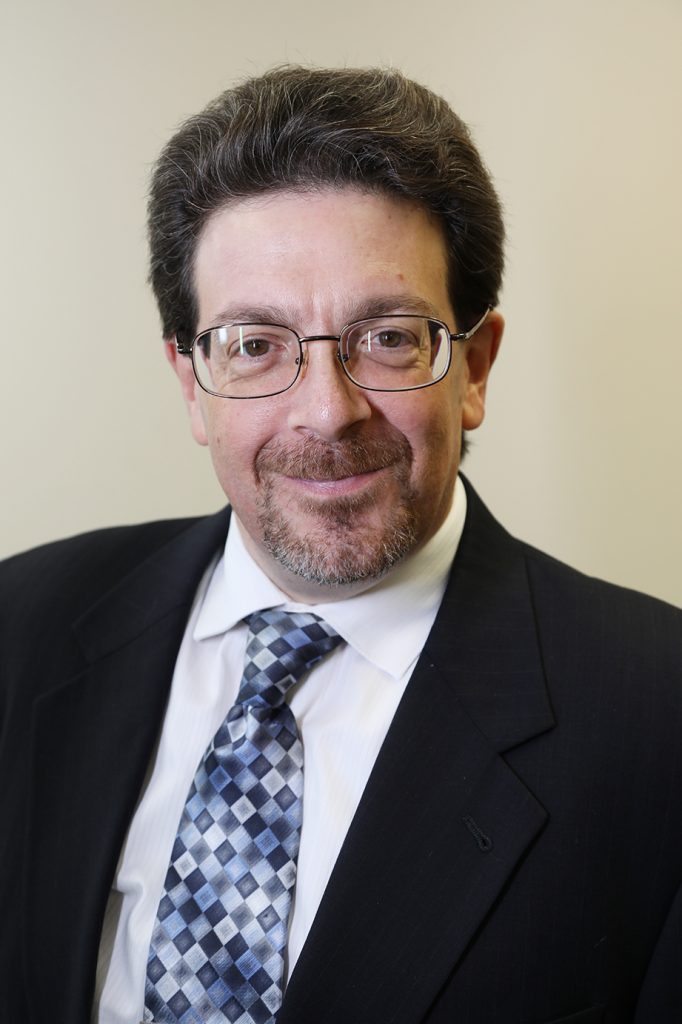 Mr. Bennett began his career the week he graduated from high school in June 1984, in the collections departments in the leasing industry. A career supervisor and manager, Mr. Bennett joined Smith Carroad Wan & Parikh in October 2003 as a Legal Assistant and quickly moved up the ranks. Mr. Bennett oversees the skip tracing, asset location, and investigative departments, and is the primary on-boarding staff trainer. 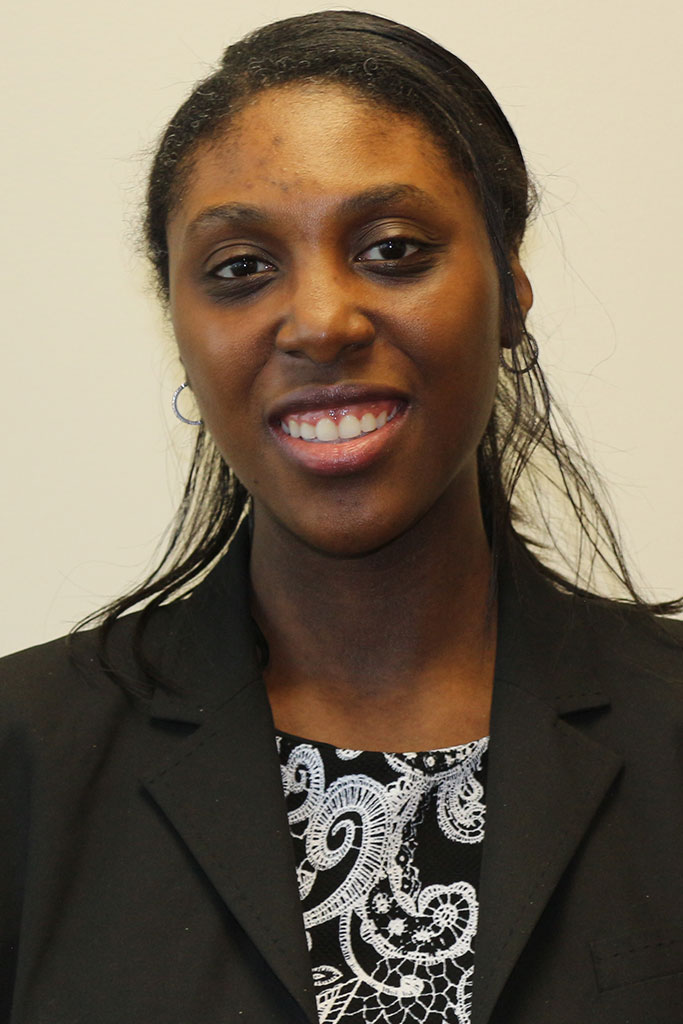 CHANTALE MOORE is a Law Clerk at Smith Carroad Wan & Parikh. Ms. Moore’s responsibilities include providing ongoing assistance to attorneys and clients in all aspects of the litigation process, including drafting motions and discovery, correspondence with adversaries and clients, and conducting legal research.

Ms. Moore graduated in 2018 from Syracuse University College of Law with a Juris Doctor degree, where she was the Executive Assistant for the Black Law Students Association, Student Attorney for the Children’s Rights and Family Law Clinic, and Senior Articles Editor of the Impunity Watch Law Review. She also received her M.S. in Criminal Justice from Boston University Metropolitan College in 2019. 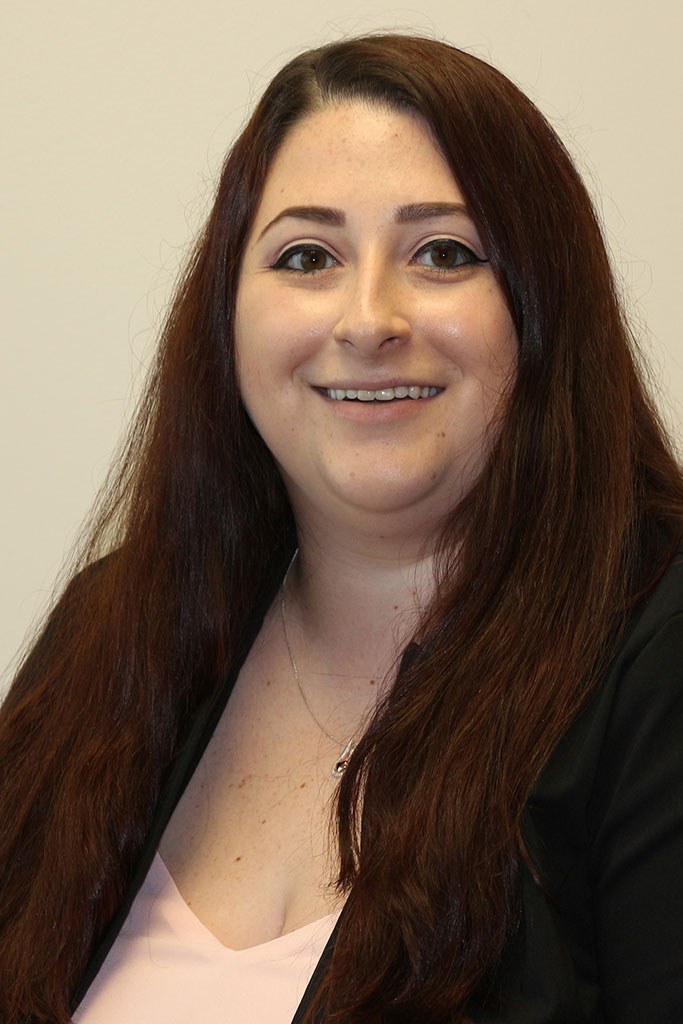 Ms. Weckerle joined the firm in November 2018, starting as the Front-Desk Receptionist, and has steadily moved up several times, to her current position. Her primary duties include determining suit worthiness of consumer collections matters, communicating with clients, skip tracing, and assisting the Office Manager in the harmony and well-being of the office.

In her free time away from the office, Janet enjoys painting and drawing. She is also an aficionado of craft breweries and wineries. 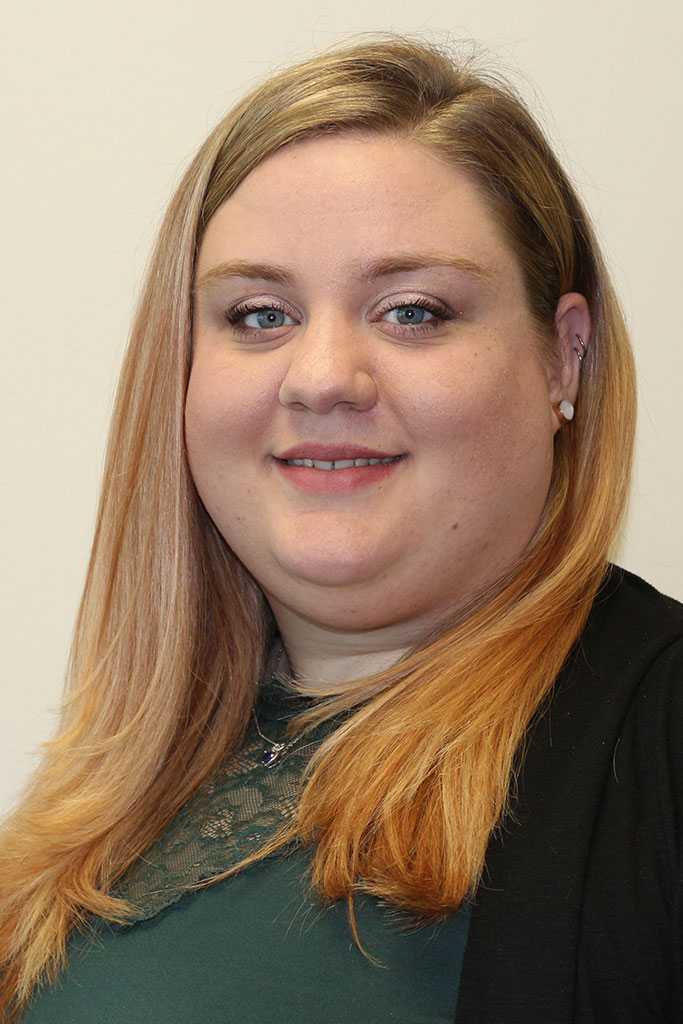 Ms. Sciacca graduated with a Bachelor of Arts in English with a minor in Political Science from Queens College in 2015. Following her graduation, she began working in the legal field as a paralegal and joined the firm in August 2020. Her primary duties include calendaring and tracking court appearances and assisting our attorneys in the litigation process.

In her spare time, Kim enjoys reading, taking trips to Disney, and spending time with her fiancé, family, friends and her rescue dogs Nena and Vanellope. 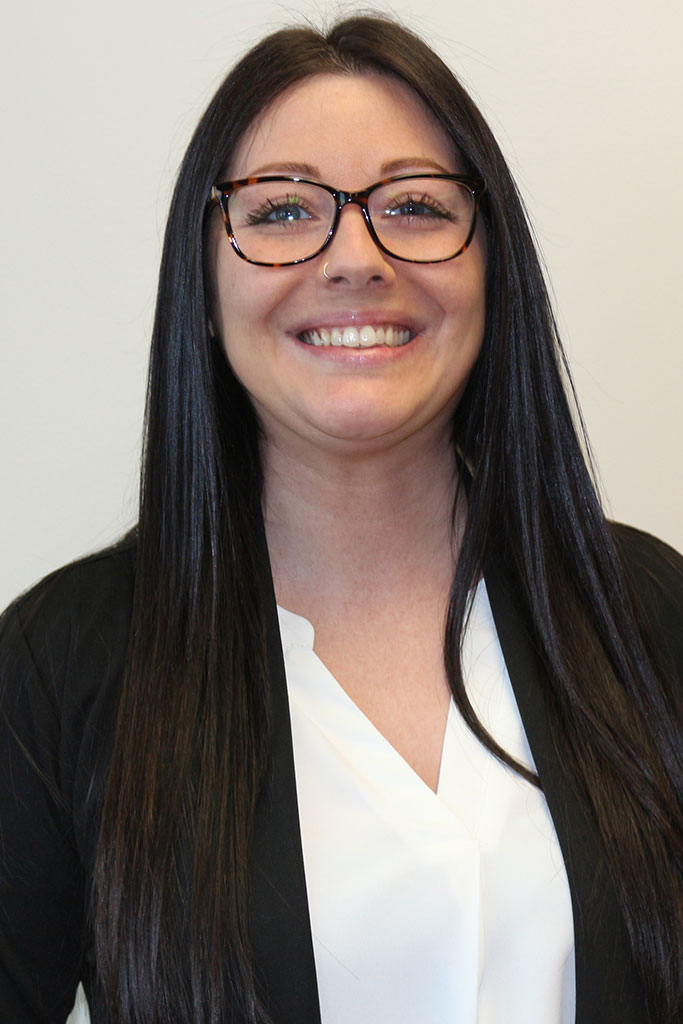 Ms. Carosella joined the firm in February 2021, starting as a legal assistant, and in just a short few months has moved up to her current position. Her primary duties as the administrative paralegal include new claim entry and processing, communicating with clients as well as marshals and sheriffs, and daily financial processing.

In her free time, Joelle enjoys cooking and watching bad reality TV and true crime shows. She is a whiskey enthusiast and enjoys spending time with her fiancé and three cats.

Smith Carroad Wan & Parikh P.C. has prepared all the material and information on this website. The content herein is for general informational purposes only, and is not intended and should not be construed to be legal advice or legal opinion. Use, transmission or receipt of the material and information on this website does not constitute nor create an attorney-client relationship with any of the attorneys herein. Electronic mail or other communications via this website cannot be guaranteed to be confidential, and do not create an attorney-client relationship. Parties seeking legal advice should consult with independent legal counsel. Smith Carroad Wan & Parikh P.C. herein does not warrant that any material, information or content on this website is accurate or complete or timely, and hereby disclaims any and all liability to any person for any loss or damage caused by errors or omissions, whether such errors or omissions result from negligence, accident or any other cause. Smith Carroad Wan & Parikh P.C. is not responsible for, and makes no representations or warranties about, the content of websites to which links may be provided from this site. Prior results do not guarantee a similar outcome. The materials presented on this website constitute attorney advertising.

New York City Residents, NYCDCA #2090534: We conduct business in English and do not provide language translation services. A translation and description of commonly-used debt collection terms is available in multiple languages on the NYC Department of Consumer Affairs website: www.nyc.gov/dca.

Responsive Web Design by Generations Beyond